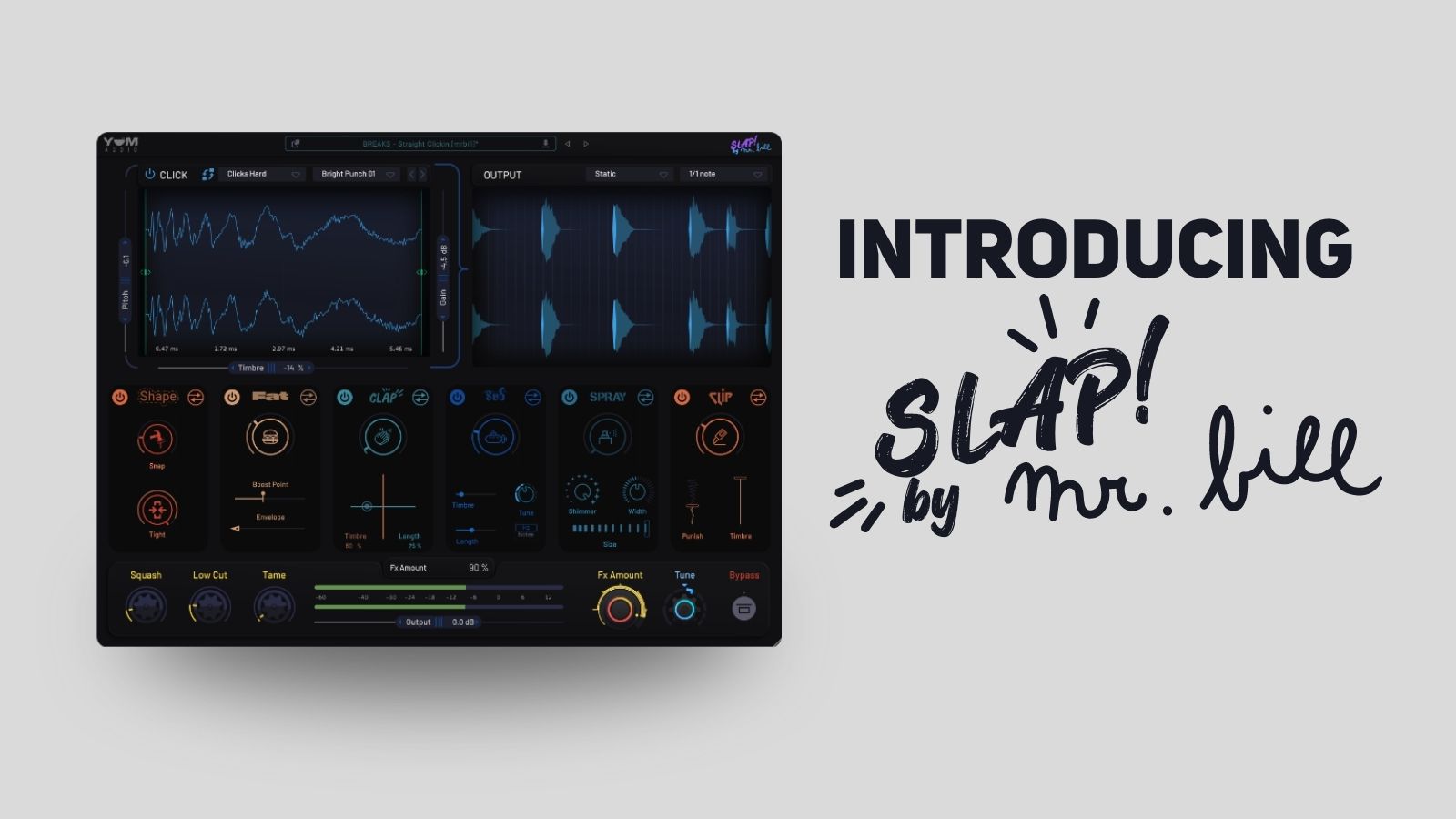 “How can we create a plugin that includes all kinds of techniques to make your drums cut through in your mix, as hard as they possibly can, in a single easy-to-use tool?”

This was the question that led up to the groundbreaking collaboration between Yum Audio and established electronica producer and Ableton Live guru Mr. Bill.

Beyond producing dazzlingly intricate original tracks, remixes, and collaborations with other stars of the industry, his eagerness to share his massive library of technical know-how has made him just as sought-after for studio work as for his high-energy live sets.

SLAP is the first plugin in YUM Audio's signature series — a series dedicated to making the sounds of established producers available to everyone. Slap's interface has a cool futuristic-looking design with a clear and crispy resolution and is a friendly-to-use plugin, making it appealing to beginners and pros alike. The six FX modules—Clap, Shape, Fat, Spray, Clipper, and Sub—can be custom routed via a drag-and-drop feature.

There are different techniques and approaches you can use to make a drum sound cut through in your mix. SLAP does this in real-time by allowing you to easily shape the transient according to your own taste. It analyzes the audio coming in the plugin and looks for the most aggressive parts of your transient. It then allows you to select the sections that are hitting the hardest and either replace or layer them by using the Click module.

There is a whole factory of click sounds available handcrafted by Mr. Bill himself. You can then turn it up or down in volume, pitch it up or down, or make it brighter or darker in timbre. This way you can completely change the kick you have, just with this section alone. You can put any sample you want. There are factory clicks for all types: vocals, bass, synths... You can do interesting things like replace the front of your drum with vocal transients or layer a vocal on top of your drum.

Fat, as the name suggests, adds fatness and roundness to the sound. It has a boost and an envelope control option.

Shape is a powerful transient shaper with an attack and sustain control.

Clap adds a digital processed clap on top of whatever audio is introduced into the plugin.

Clip acts like a limiter. It adds a ceiling to the higher dynamic peaks of your frequencies. It punches through but doesn’t go past a certain level. It has a Timber Control and a Punish option which can add aggressiveness and distortion.

Finally, at the bottom of the interface, you'll find the Finishing Section containing the Squash, Low Cut, and Tame options as well as a waveform display with multiple visualization modes.